Traliphiseas in ancient times, was a city of peace, a place where people were rumored to travel between worlds.

But fifty years ago, the city was destroyed, leaving the sky permanently red, and blanketing the world in the smell of sulfur.

The Infinite Glory series starts with Chrono, an Ancient being with ‘PSI’ powers, being chased into what is left of the city of Tralephiseas.  In the passenger seat of his jeep is the Doppelganger Device, the Artifact thought to have destroyed Traliphiseas in the first place. 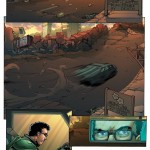 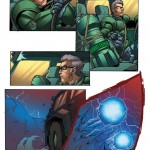 Chrono believes that pairing the device with the boy Einai, another Ancient, he can once again cure the world, and give him and his brothers ‘Salvation’.  However, others are not going to make it so easy. 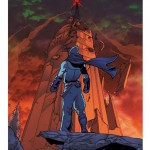